I’m sure you’ve heard the idea that if someone tells you “Don’t think of a pink elephant!”, then you are unable to do anything BUT think about that pink elephant. Supposedly this is a demonstration of the wonderful weirdness of the human mind. 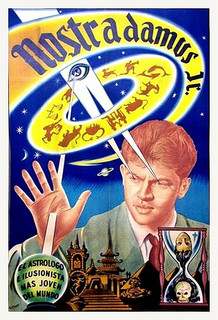 But something has always bothered me about that example. I just ran across it again today in something I was reading, and the reason why finally clicked. The reason is: it’s not true.

I don’t think of one, I don’t visualize one, and I don’t imagine one.

Now, there is truth to the idea that the harder you try to not-think of something, the more you will think of it. But that is a lot different than the simplistic notion that just hearing that statement will make you think of it.

That just feeds into the mindset of people who think that learning syntactical tricks will enable them to powerfully influence others. It’s like a sales letter that’s written: “Don’t think about BUYING NOW”.

I think this “pink elephant” idea is just another one of the many dumbed-down myths that is repeated in the self-help field. It’s the sort of thing that people experience in workshops, where everyone is supposed to knowingly nod in agreement when the presenter is using an example like that. It’s just playing along.

These types of linguistic tricks fall flat without a key ingredient: active engagement between two human minds communicating at a deep level with each other. Then again, if genuine communication were going on, there’d be no need to focus on such syntactical tom-foolery.

Of course, that is the type of thing that cannot be easily taught or used as filler material in books and training programs!

PS. I can’t be the only weirdo who finds the “pink elephant” example to be completely ineffective. Leave comments below if you can or can’t relate. Test it with your friends and let me know the results!

For more information, visit the main website at http://www.centercityhypnosis.com.